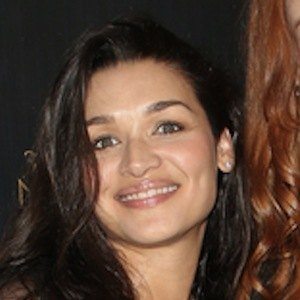 South African actress who is famous for her roles across television. She rose to fame for her portrayal of Lolly de Klerk on the South African soap Isidingo, and later gained popularity as Sergeant Norma Banks on the SyFy TV series Dominion.

She broke through as an actress at age 12 in the Italian film Sarahsara.

She appeared in the 2013 film Death Race 3: Inferno as Kelly O'Donnell. In 2017, she appeared as Marlize DeVoe on the popular CW TV series The Flash.

She was born and raised in Cape Town, South Africa.

She starred alongside Christopher Egan on the SyFy TV series Dominion in 2014-2015.

Kim Engelbrecht Is A Member Of