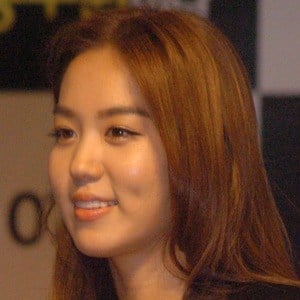 TV actress and singer who appeared in the period drama The King's Face as Queen Munseong in 2014. She has more than 550,000 followers on her kimheebibi Instagram account.

Her acting debut was as the title in character in the 2000 television series Kkokji.

She signed with YG Entertainment in May 2016 and became a member of the dance crew Purplow under the name Bibi.

Her mother is Lee Do-yeon.

She and Seo In-guk have both appeared in The King's Face.

Kim Hee-jung Is A Member Of