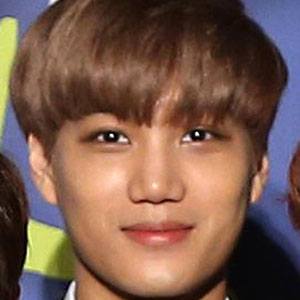 Member of the South Korean-Chinese boy band EXO who was the second member to sign with S.M. Entertainment. He is commonly known as the lead dancer of the group.

He won the 2007 S.M. Youth Best Contest when he was 13 years old. Previously, he started dancing at the age of 8, training in jazz and ballet.

He was introduced publicly through teaser channels, the first of the 12 EXO members to be formally introduced that way. In 2019, he became a member of the K-pop supergroup SuperM.

He was born Kim Jong-in in Suncheon, South Jeolla, South Korea. He has been in a relationship with fellow singer Jennie Kim. He previously dated actress Krystal Jung.

He appeared in the TVXQ "HaHaHa Song" music video alongside fellow EXO members Chanyeol and Suho.

Kai Is A Member Of