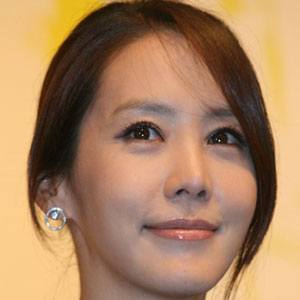 South Korean film and television actress who has had leading roles in the TV series I Am Legend and Lovers in Paris and in the movie Marrying the Mafia.

She had one of her first roles in the 1995 film My Old Sweetheart.

She has won numerous awards for her acting roles including four SBS Drama Awards.

She co-starred with Jang Shin-young on I Am Legend.

Kim Jung-eun Is A Member Of