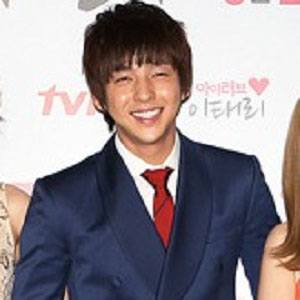 South Korean pop singer best known for his time with boy band Super Junior. He announced his departure from the group in 2015.

He moved from South Korea to Los Angeles at the age of ten and began a career as a model and actor. He made his on-screen debut in the Korean television drama April Kiss.

He starred in the 2010 film, Jumunjin, playing the role of a ghost.

He was born in Seoul and grew up with a younger sister named Kim Se-hee.

He and Leeteuk both became members of the boy band Super Junior.

Kim Kibum Is A Member Of