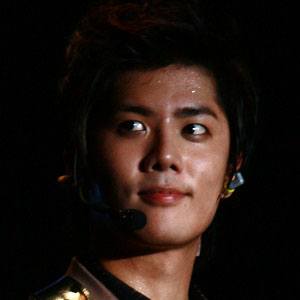 Initially famous for his membership in the South Korean boy band SS501, Kyu-Jong later pursued a solo career, releasing his first independent recording, Turn Me On, in late 2011. Also an actor, he starred in the Mnet sitcom Break and played the role of Nicky on the TV Chosun series Saving Madame Go Bong Shil.

Before making his debut with SS501 in 2005, he attended the Baekje Arts College.

From 2012 until 2014, compulsory military service interrupted his entertainment career.

He and his sister Eun Ah were born and raised in Jeonju, South Korea.

He and Heo Young-Saeng both rose to fame as members of SS501.

Kim Kyu-jong Is A Member Of