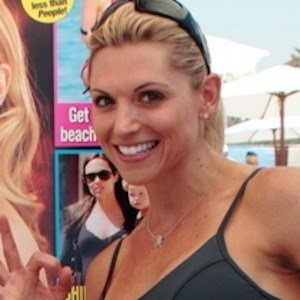 Trainer and fitness expert who starred on the NBC reality series The Biggest Loser. The seasoned fitness competitor and athlete also authored the self-help book Your Body, Your Life in 2008.

She originally attended Colorado State University with the intention of becoming a pilot but eventually switched her major to human development and nutrition to pursue her passion in fitness.

In 2008, she served as a panelist for the Miss America beauty pageant.

Before she married German bodybuilder Gunter Schlierkamp in 2007, she was married to an F-16 pilot. She and husband Gunter have a son named Jake Alexander.

She replaced Jillian Michaels as a trainer in The Biggest Loser's third season but would compete against her the following year.

Kim Lyons Is A Member Of