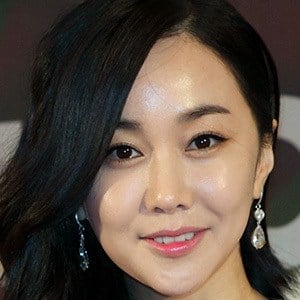 Korean actress who became well known as the antagonistic queen consort in the drama Moon Embracing the Sun. She was nominated for a MBC Drama Award for her performance.

She was part of a short-lived K-pop group called Mint. She studied theater and film at Dankook University.

Jang Na-ra was one of her celebrity friends in attendance at her wedding.

Kim Min-seo Is A Member Of