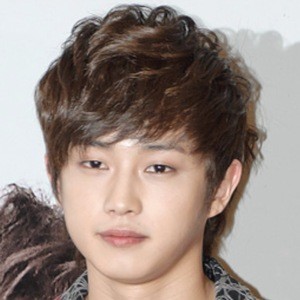 Korean actor who portrayed Kim Gi-beom in the 2016 television series Descendants of the Sun and Choi Kang-soo in the series Doctors. A social media phenomenon, he has amassed more than 2 million followers to his samuliesword Instagram account.

One of his earliest credits came in 2011 when he was a contestant on the talent show Superstar K3.

In 2016 he was nominated for two awards as Best New Actor for his role in Descendants of the Sun.

He is from Busan, South Korea.

He appears in Descendants of the Sun alongside Song Joong-ki.

Kim Min-seok Is A Member Of