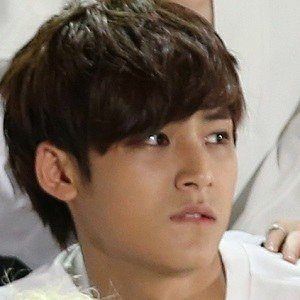 Member of the Pledis Entertainment group Seventeen who has earned nicknames of Mr. Wristband, Technician, Mingyu Shop and Kim-ssi ahjussi. His full name is Kim Mingyu.

He was cast in Pledis while in his second year of middle school.

His hometown is Anyang-si, Gyeonggi-do. He has a younger sister.

He performed alongside Chwe Hansol in the kpop group Seventeen.

Mingyu Is A Member Of