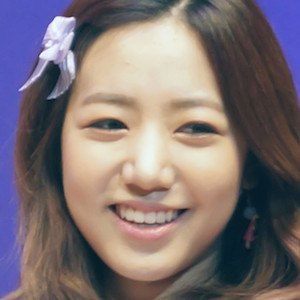 One-sixth of the girl group Apink whose fifth EP, Pink Luv, debuted at #1 on the Gaon's weekly chart album. She has also done television work through Cube Entertainment.

She was the star of a commercial for a healthy food brand when she was 13 years old. She joined Cube Entertainment in 2010 and was one of the last to be introduced as a member of Apink.

She enrolled at Sungkyunkwan University's Department of Performance Arts in 2015. She was cast in the Naver TV web drama Investigator Alice.

She and fellow Apink member Jung Eun-ji previously released a single together called "A Year Ago."

Kim Nam-joo Is A Member Of