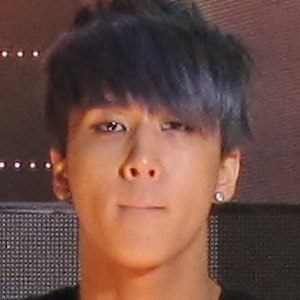 Best known by his stage name Ravi, and as the head rapper for the South Korean boy group VIXX. He also worked with the group's sub-unit VIXX-LR in 2014 and 2015.

He was one of 10 trainees on the Mnet singing competition series MyDOL. He debuted in the final 6 line-up of VIXX, who then went by the name Super Hero, in May 2012.

In 2016, he made his debut as a solo artist with his mixtape R.EBIRTH. He debuted his first pre-release single "Where Should I Go" in January 2016.

He was born and raised in Seoul, South Korea. He has a younger sister, Kim Ji-won.

He collaborated with his fellow rapper Microdot on the single "Where Should I Go."

Kim Won-sik Is A Member Of