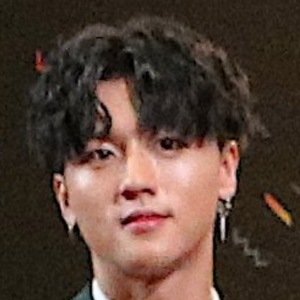 Korean pop artist and lead singer of the K-pop boy band SF9 (aka Sensational Feeling 9), which was formed by FNC Entertainment. They were previously known as NEOZ Dance. He and the band made their debut with the single "Feeling Sensation" in October 2016.

He landed a spot on SF9 after appearing in the Mnet competition series Dance or Band in 2016.

He and Jungkook are both the lead singers of K-pop boybands.

Kim Young-bin Is A Member Of