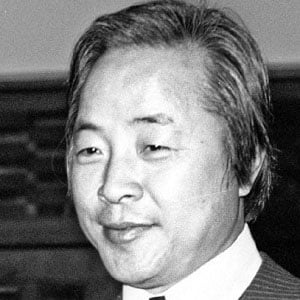 During the 1990s, this Democratic Liberal politician served as President of South Korea. Before taking office as president, he served multiple terms as a South Korean National Assembly member.

After receiving his bachelor's degree in philosophy from Seoul National University, he enlisted in the Republic of Korea Army.

His presidential administration made major strides in the weeding out of higher-level government corruption in South Korea.

Born and raised in Japanese-ruled Korea, he grew up speaking both countries' languages. His wife, Son Myung-soon, served as First Lady of South Korea during his presidential term.

He was succeeded in office by Millennium Democratic Party leader Kim Dae-jung.

Kim Young-sam Is A Member Of