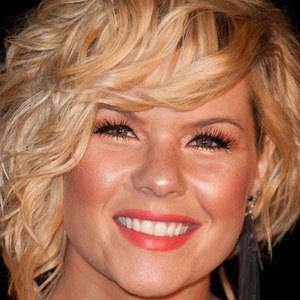 American Idol contestant who placed seventh on the show's second season who has also worked as a presenter on television.

She became noticed after her appearance on season two of American Idol.

While releasing pop rock albums, she appears on the TV Guide Network as a host and correspondent.

She married American soccer player Jordan Harvey in 2014. They welcomed a daughter, Harlow Monroe, in 2015.

She walked in on Kat Von D's show LA Ink and got a tattoo of some of her song lyrics.

Kimberly Caldwell Is A Member Of