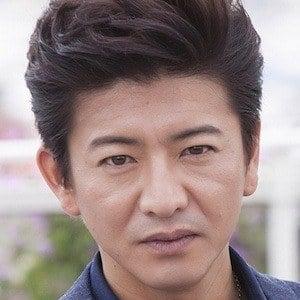 Japanese actor and singer known for being part of the Japanese group, SMAP and won a 1999 Housou Bunka Kikin Award for his role in the television series Beautiful Life.

He became a part of Johnny's Juniors in 1987 and eventually became part of the popular dancing group, Skate Boys.

He was the voice of Howl in the 2005 animation, Howl's Moving Castle.

He married fellow Japanese idol, Shizuka Kudo and together they have two daughters, Kokomi born in 2001 and Mitsuki born in 2003.

Kimura Takuya Is A Member Of