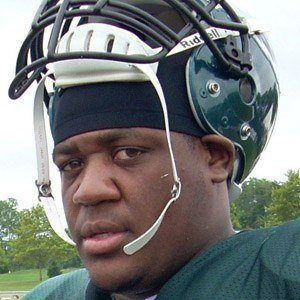 Tall offensive tackle who made his NFL debut in 2008 for the Philadelphia Eagles.

He played for four years at Auburn University, before being selected in the 7th round of the 2008 NFL draft.

After spending his first five years in Philadelphia, he signed with the San Diego Chargers in 2013.

His parents are King Dunlap IV and Robin Dunlap, and his father also played professional football.

He got his first significant playing time following an injury to Jason Peters.

King Dunlap Is A Member Of