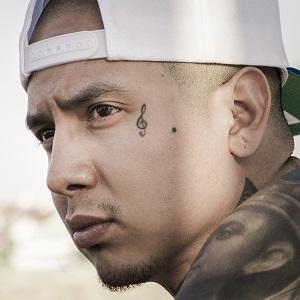 Known for releases called Blue Devil 2, King Enemy, and AK47Boyz, this rap artist's source material is inspired by his own personal experiences.

He used his time in Juvenile Hall and under house arrest to find solace in songwriting.

He founded the Sucio Movement and the clothing line Sucios.

He is from Inglewood, Los Angeles, California and was raised by a single Mexican mother with his two older brothers. He has a son who is best known under the stage name Baby Gunz. In June 2018, he and his partner Kimberly welcomed a daughter named Lexi Juliette together.

He has been influenced by fellow California rappers Dr. Dre and Snoop Dogg, among others.

King Lil G Is A Member Of