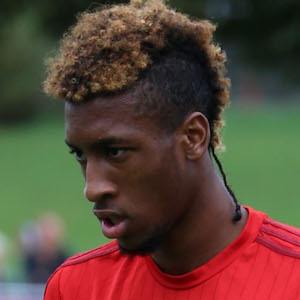 Soccer winger who made his senior debut when he was only 16 years old, appearing in three games for Paris Saint-Germain. He signed with Juventus in 2014 and has also played for Bayern Munich on loan.

He started his youth career when he was six years old, joining US Sénart-Moissy in 2002. He then joined Paris Saint-Germain in 2004.

He started representing France internationally in 2011 as part of the U16 team. He joined the senior national team in 2015.

He was born in Paris to parents from Guadeloupe.

He spent time playing with Zlatan Ibrahimovic while at PSG, but had little good to say about the Swedish superstar after leaving the club.

Kingsley Coman Is A Member Of