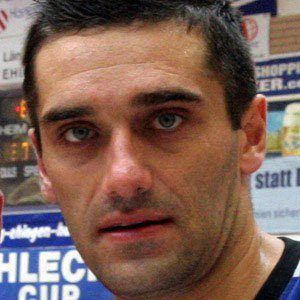 Macedonian-born handball player known for his 2009 record for most World Championship goals scored.

He was born in Sveti Nikole, Macedonia. He and his brother, Filip Lazarov, both grew up to be professional handball players.

He has often been referred to by his athletic nickname, the "left-handed bomber."

He wed Ljubica Lazarov in 2006, and Ljubica gave birth to the couple's daughter and son.

His contemporary Kim Andersson is a fellow handball player.

Kiril Lazarov Is A Member Of