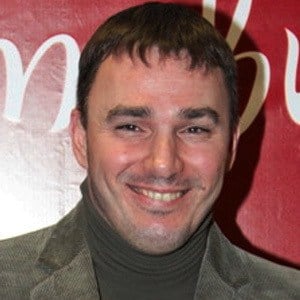 Russian pop singer who is known for putting out songs such as "Zolotye Oblaka" and "Beznadega tochka ru". He has also appeared in the film Election Day.

He released his debut album Oleg Andrey Kirill in 2002.

He acted in the 1998 TV movie Starye pesni o glavnom 3. He has gained over 220,000 followers on his kirillandreev71 Instagram account.

He married Lolita Andreeva in 2000.

He is a popular singer from Russia along the same lines as Stepan Belyaev.

Kirill Andreev Is A Member Of