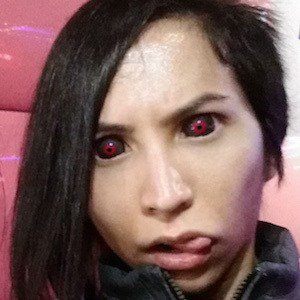 YouTube makeup artist who is widely known for his KisaMake channel's content. He has gained popularity there for his pop culture-themed, and intricate makeup tutorials.

He has amassed more than 500,000 subscribers to his YouTube channel. One of his most popular videos there, "How to: Insert And Remove Black Sclera Contact Lenses (Fxeyes)," has earned more than 9.5 million views.

He was born in Brazil and raised partially in Japan.

He has considered Sharla In Japan a friend in real life via YouTube.

KisaMake Is A Member Of