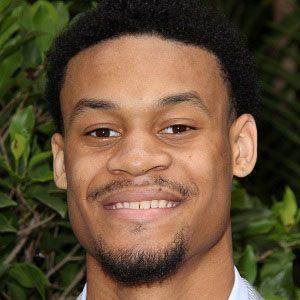 Small forward who was named First-Team All-ACC and ACC Defensive Player of the Year in his final year with the Clemson Tigers. He was drafted in the second round of the 2014 NBA Draft by the Philadelphia 76ers, then traded to the Houston Rockets midway through his first season.

In his junior year at Clemson, he led the ACC in blocks per game with 2.8.

His parents are Shawn McDaniels and Kevin McDaniels, Sr.

KJ McDaniels Is A Member Of