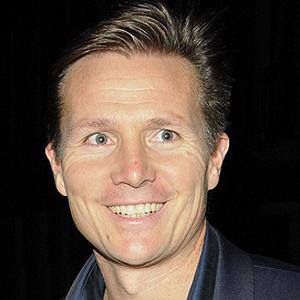 Retired English track and field star who won two silver medals at the 1996 Olympics, for the 400 meter and 4 x 400 meter relay.

He ended his studies at the University of Southampton to pursue his track and field career.

He and his second wife, Julia Burgess, have twin sons, George and Max; he also has a daughter named Isabelle.

He placed in second behind 400m runner Michael Johnson in the 1996 Atlanta Games.

Roger Black Is A Member Of