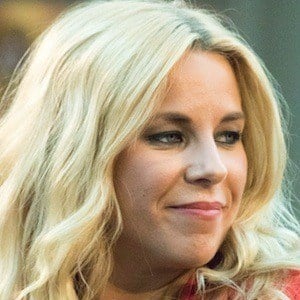 Finnish singer who first captured the spotlight in 2012 on the first season of Voice of Finland. The next year, she released her first album Ding Dong! and represented Finland at the Eurovision Song Contest with the song "Marry Me."

She grew up in Kaskinen, a Swedish-speaking town in western Finland. She began her music career as a member of the band Daisy Jack and starred in a musical production of The Three Musketeers.

During the Eurovision Song Contest 2013, she kissed one of her female dancers onstage in a gesture meant to support the legalization of same-sex marriage in Finland.

She made it to the semifinals of Voice of Finland, where Paula Koivuniemi was a judge.

Krista Siegfrids Is A Member Of