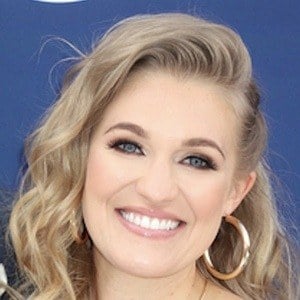 Best known as one of the Top 13 contestants on American Idol's thirteenth season, this Florida woman performed such songs as Katy Perry's "Unconditionally" and Adele's "Turning Tables" before being eliminated from the competition.

She enrolled in the licensed practical nurse program at the University of Central Florida.

She was eliminated from American Idol following a performance of the Kelly Clarkson hit "Beautiful Disaster."

She grew up in Sebastian, Florida, and graduated from Sebastian River High School, where she performed with the school choir and competed on the cross country and track teams.

She was criticized by American Idol judge Harry Connick, Jr. for performing without the aid of her personal sound monitor.

Kristen O'Connor Is A Member Of