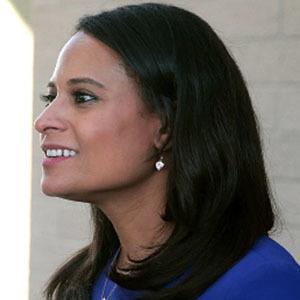 She attended Harvard College where she graduated with honors earning her Bachelor of Arts degree in 1998 in the field of History. She started her work with several ABC affiliates including WLNE-TV and KRCR-TV. She joined the NBC News team in 2010 and became a White House correspondent in 2010.

She is also known for sharing her updated news stories through Twitter where she has over 420,000 engaged followers.

She was born and raised in Philadelphia, Pennsylvania and married John Hughes in 2017.

She is known for having filled in for permanent anchor Lester Holt on several occasions for the NBC Nightly News program.

Kristen Welker Is A Member Of