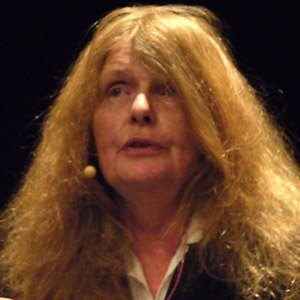 Known for such poetry collections as Hundstunden (The Dog Hour) and Om Ni Hor Ett Skott (If You Hear A Gun Shot) and for such plays as Silver Star and De Tröstlösa (The Inconsolable), this Swedish author also served as director of a Stockholm theatre company called Teater Brunnsgatan Fyra.

Her first volume of poetry, Om Jag Inte, was published in 1972. Her earliest play, När Det Utbröt Panik i det Kollektiva Omedvetna, debuted a decade and a half later.

Her plays were performed at such venues as the Stockholm City Theatre and the Swedish Royal Dramatic Theatre.

Though born in in Tierp, Uppland, Sweden, she grew up primarily in Skövde, Västergötland.

She and fellow poet Lars Gustafsson were both born in Sweden.

Kristina Lugn Is A Member Of