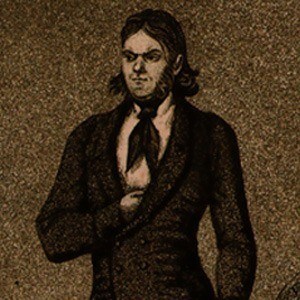 Nineteenth-century poet who is considered the father of modern Estonian poetry. His poems in the German and Estonian languages were collected in two posthumously-published volumes.

He attended the University of Tartu at the turn of the nineteenth century.

He died of tuberculosis at the young age of twenty-one.

He was born and raised in Riga, Estonia.

He and fellow poet Mats Traat were both natives of Estonia.

Kristjan Jaak Peterson Is A Member Of