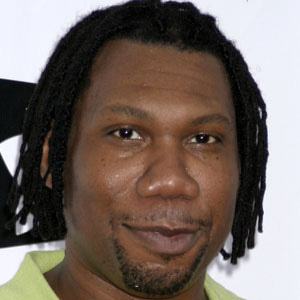 American rapper who received the Lifetime Achievement Award at the 2008 BET Awards for his work in the Stop the Violence Movement. He developed the collective Boogie Down Productions, with whom he released his album Criminal Minded in 1987.

He left home when he was 14 years old to become an MC and philosopher and lived in a homeless shelter in South Bronx, NY.

He founded the Temple of Hip Hop, a ministry, School and Society in support of Hip Hop as a political movement. His MC name stands for Knowledge Reigns Supreme Over Nearly Everyone.

He was married to fellow musician Ms. Melodie for five years before divorcing. He later married Simone Parker. His stepson, Randy, committed suicide in 2007.

KRS-One Is A Member Of