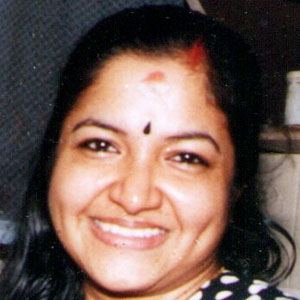 Award-winning Indian playback singer known affectionately as "Chinna Kuyil", or "Little Nightingale of South India". She is known for her work on films like Nottam.

She earned her Master's degree in Music from the University of Kerala.

She became the most-awarded female singer ever at the National Film Awards by winning six awards.

Her sister, K. S. Beena, is also a professional singer.

She has sung playback for many of India's most famous directors, including Rajesh Roshan.

Ks Chithra Is A Member Of