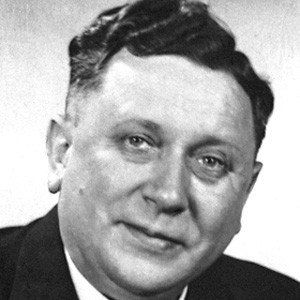 German chemist who is most famous for his work in discovering the Diels-Alder reaction. The insecticide, Aldrin, is caused by the reaction and is named after him.

He lost both of his parents to the Nazi Gestapo during World War II because they were Jewish.

He worked tirelessly on the investigations of the synthesis of organic compounds.

He got married to Irene Hawthorne, a former prima ballerina, on March 10, 1948; then married Christiane Tocco on September 16, 1965.

He won the Nobel Prize for chemistry, much like Linus Pauling.

Kurt Alder Is A Member Of