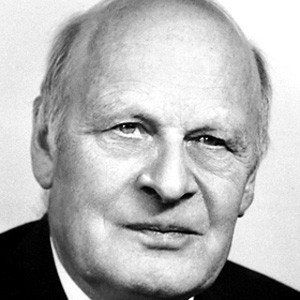 Norwegian-born American physical chemist and theoretical physicist who was awarded the 1968 Nobel Prize in Chemistry for his research into the quantization of magnetic flux in metals.

He earned a degree in Chemical Engineering from the Norwegian Institute of Technology in 1925.

He worked on the magnetic properties of metals

He was married to his wife, Gretly, until his death while on a Fulbright scholarship at Cambridge University.

He won the Nobel Prize in Chemistry four years after Dorothy Hodgkin did.

Lars Onsager Is A Member Of