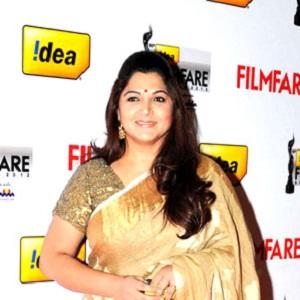 Prolific Indian TV and film actress with more than one hundred film credits to her name. She won the Tamil Nadu State Film Award for Best Actress in 1991 and 1995.

She was a child actress who made her debut in the 1980 film "The Burning Train".

She ventured into politics in 2010 by joining the DMK political party.

She had daughters named Ananditha and Avanthika with director Sundar C.

She co-starred with Tamil acting legend Rajinikanth in the 1991 film "Nattukku Oru Nallavan".

Kushboo Is A Member Of