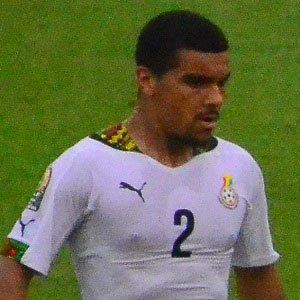 Famous as a striker for both the Crystal Palace Football Club and the Ghana International team, this English footballer also played for the Margate F.C. and was loaned to Aldershot Town, Cambridge United, and Notts County, among other teams.

After playing his youth career for Ebbsfleet United, he signed with Peterborough United.

In his first game for Ghana, he helped the team win a two to one victory over South Africa. He later scored his debut goal for Ghana in a winning match against Guinea.

He was born and raised in the Thamesmead district of South East London, England.

He and Joe Ledley both played for Crystal Palace early in the second decade of the 21st century.

Kwesi Appiah Is A Member Of