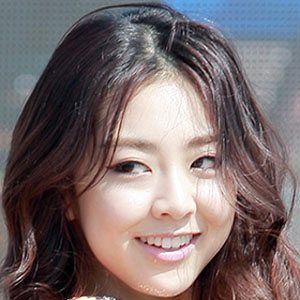 Late South Korean singer remembered for her time as a member of the K-pop group Ladies' Code, who released popular singles like "So Wonderful." She died as a result of injuries sustained in a car accident in September 2014.

She was a model who participated in the 2009 Miss Korea pageant.

In 2011, she appeared on the reality show We Got Married alongside David Oh.

She had a sister named Kwon Rie.

She and Lee Ji-Sun were both contestants in the Miss Korea pageant.

Kwon Ri-se Is A Member Of