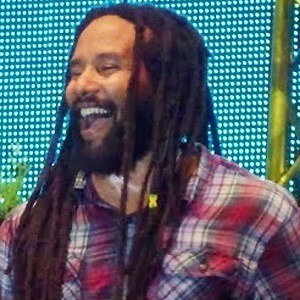 Growing up he was more interested in sports than music but, at his mother's encouragement, he took up piano and guitar.

His name comes from the East African for "Adventurous Traveler."

He is the only child of Bob Marley and his table tennis champion wife Anita Belnavis.

He starred in the cult classic film Shottas, opposite another singer, Wyclef Jean.

Ky-Mani Marley Is A Member Of