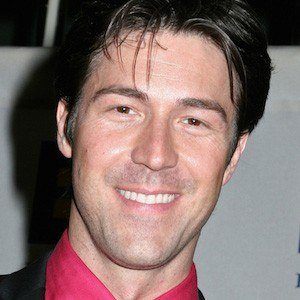 Known as the grooming specialist as part of the Fab Five on Bravo's Queer Eye For The Straight Guy from 2003 to 2007, he has also appeared on CBS's Rachael Ray as a style expert since 2008. He is also an expert yoga instructor.

In 1999 he moved to New York City to study hairstyling and grooming at Aveda Institute. He joined Arrojo Studio in New York as a colorist and began participating in makeover shows What Not to Wear and While You Were Out on TLC.

He co-authored a book with the rest of the Fab Five, wrote his own book Beautified, which was published in 2004, and won an Emmy for Outstanding Reality Program with Queer Eye For The Straight Guy in 2004.

He has a sister named Kelli, who first taught him how to style hair. In 2009 he took a break from television to take care of his ailing mother, who passed away in 2012. From 2004 to 2006 he was in a serious relationship with publicist and gay rights activist Gregory Durham.

He is on of the Fab Five on Queer Eye For The Straight Guy, along with Carson Kressley, Ted Allen, Jai Rodriguez, and Thom Filicia.

Kyan Douglas Is A Member Of