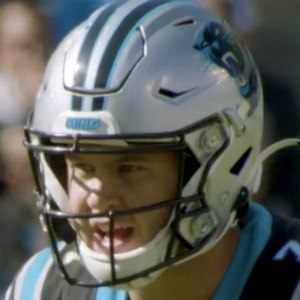 Quarterback who began his college football career with the Texas A&M Aggies in 2014. He was considered a 5-star recruit coming out of Desert Mountain High School and played for the West team in the 2014 U.S. Army All-American Bowl.

He was born in Scottsdale, Arizona and passed for more than 8,000 yards at Desert Mountain High School.

He led the Aggies to victory over West Virginia in the 2014 Liberty Bowl and was named the game's Most Valuable Player.

His parents are Mike and Jonna Allen.

He took over for Kenny Hill as the starting quarterback for the Aggies 8 games into the 2014 season.

Kyle Allen Is A Member Of