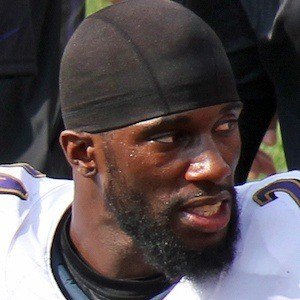 NFL cornerback who was signed by the Philadelphia Eagles in 2008 as an undrafted free agent. He then played for the Tampa Bay Buccaneers for two years, before joining the New England Patriots in 2009. He helped the Patriots win the AFC Championship in 2012 and Super Bowl XLIX in 2015.

He attended Gwynn Park High School in Maryland, where he was a basketball and track-and-field star in addition to playing football.

He led the NFL with seven interceptions in the 2011 season while playing for the New England Patriots.

He married Vashonda Murphy in March 2012.

He joined quarterback Tom Brady on the New England Patriots in 2009.

Kyle Arrington Is A Member Of