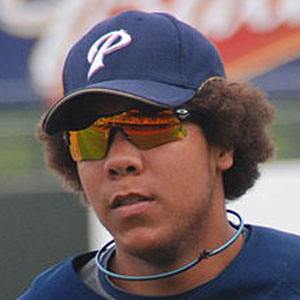 Left fielder and first baseman who made his MLB debut in 2009 with the San Diego Padres after Baseball America Double-A All-Star honors in 2008.

He was born in Sellersville, Pennsylvania.

Slugging first baseman Adrian Gonzalez was his teammate on the Padres.

Kyle Blanks Is A Member Of