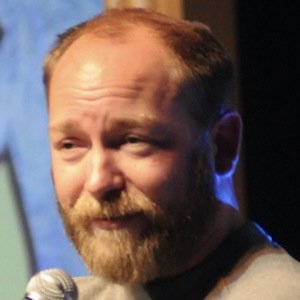 Stand-up comedian and actor who voices Bullet in Paradise PD. He is also known for roles in Disney XD's Right Now Kapow and TruTV's Those Who Can't.

He made his first TV appearance in The Nanny. He recorded his debut comedy album Death of the Party at the Upright Citizens Brigade Theatre.

He co-hosts a podcast called The Boogie Monster with fellow comedian Dave Stone.

He played the ex-boyfriend of Gillian Jacobs character in the Netflix series Love.

Kyle Kinane Is A Member Of