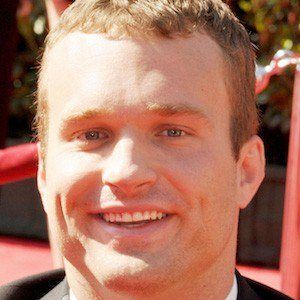 Congenital amputee who's become known for his athletic feats, which include being a member of the National Wrestling Hall of Fame. In 2012, he became the first quadruple amputee to climb Mount Kilimanjaro without prosthetics.

He played various sports growing up before becoming a standout wrestler in high school. He won an ESPY Award in 2004 and published his autobiography, No Excuses, the next year.

He also won an ESPY in 2012 after climbing Mount Kilimanjaro. He attended the University of Georgia and was featured in the movie A Fighting Chance.

He grew up with his sisters Amber, MacKenzie, and Lindsay.

Kyle Maynard Is A Member Of