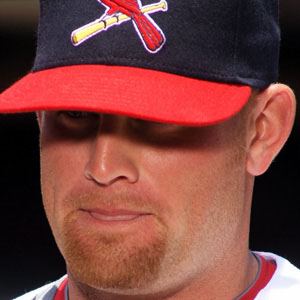 Right-handed pitcher who debuted for the St. Louis Cardinals in 2008.

He played baseball, football, and basketball at Hazelwood West High School in Missouri.

He became both a capable starter and reliever, offering a four-pitch repertoire of a low 90s fastball, cutter, curveball, and changeup.

His brother Matt McClellan was his pitching coach in high school.

He was given a spot in the Cardinals starting rotation in 2011 when Adam Wainwright went down with an elbow injury.

Kyle McClellan Is A Member Of