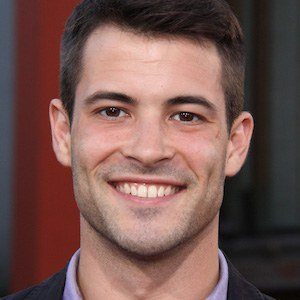 Professional dancer and reality television star, he is known for starring on Oxygen's 2012 series All The Right Moves as part of Travis Wall's dance company Shaping Sound. He has also been a dance teacher at DanceMakers Inc in Laguna Beach, California since 2012.

He was a competitive and concert dancer, beginning his dance career at the age of 11 at The Gold School in Brockton, Massachusetts. He graduated from The Juilliard School in New York in 2009 and joined the West Side Story National Tour from 2010 to 2011. After that he joined Shaping Sound, as he knew fellow dancer and Shaping Sound member Teddy Forance from an early age.

In 2012 he wrote a piece for the online publication Dance Spirit about what it was like as a professional dancer in school and on Broadway as a straight man and what sexuality meant to him growing up.

He has two siblings growing up in Duxbury, Massachusetts.

He is a member of Shaping Sound along with Nick Lazzarini.

Kyle R Robinson Is A Member Of