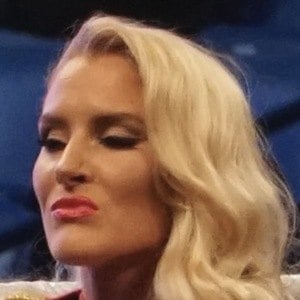 Professional wrestler who signed to the WWE NXT promotion in 2016 and earned her first televised victory in January 2018. She was previously an American Premiere Wrestling World Heavyweight Champion.

She is a former U.S. Marine Sergeant and member of the Marine Corps SWAT team.

Her real name is Macey Estrella. She has two daughters with her husband, whom she began dating when she was 14.

Lacey Evans Is A Member Of