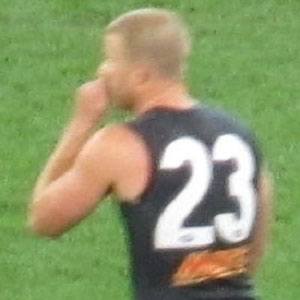 Australian rules footballer who was chosen by the Brisbane Lions with the eighth pick in the 2007 Australian Football League Draft. He was later traded to Carlton Football Club in 2009.

He graduated from the AIS-AFL Academy in 2007.

He placed third in the John Nicholls Medal voting in 2013.

He has been in a relationship with Megan Hough.

He and Patrick Dangerfield were both taken in the first round of the 2007 AFL Draft.

Lachie Henderson Is A Member Of