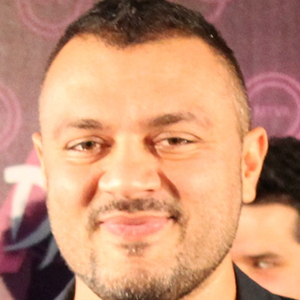 Singer and songwriter who immediately became a Hungarian R&B sensation when his debut album Hagyd Meg Nekem a Dalt (2004) was certified platinum. He began appearing as a mentor on the Hungarian X-Factor in 2016.

He worked a variety of jobs, including plumber, electrician and candle-maker. At age 16, he won the talent show Ki Mit Tud?, which sparked his music career.

His song "Hagyd Meg Nekem a Dalt" won the Phonogram Prize for Song of the Year.

He married a woman named Gabriella and has a daughter named Miriam.

He performed Whitney Houston's "I Turn to You" as a duet with Gigi Radics on The X-Factor.

Laci Gaspar Is A Member Of