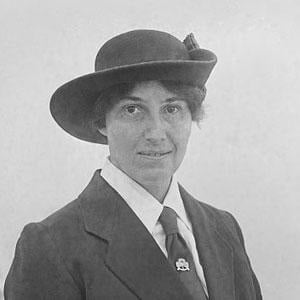 Became famous for marrying Lord Baden-Powell. She later became the force behind the Girl Guides and the Girl Scouts.

She grew up interested in tennis, swimming, football, skating, and canoeing as well as playing the violin.

She was made Chief Guide for Britain in 1918.

She was born into a wealthy family, but moved around a lot with them in her early years. She had three children, Arthur, Heather and Betty.

King George V awarded her with the Dame Grand Cross of The Most Excellent Order of the British Empire in 1932 for her volunteer work.

Olave Baden-Powell Is A Member Of