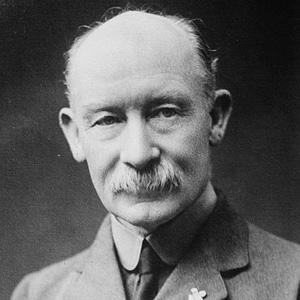 British Army officer who founded the Boy Scouts. A decorated military man, he fought in the Second Boer War, the Anglo-Ashanti Wars, the Siege of Mafeking, and several other conflicts.

He first experienced scouting during his childhood, when he avoided school by tracking and hunting game in the wooded areas of his hometown.

His "Scouting for Boys" manual became an important part of youth culture.

He married Olave St. Clair in 1912. He and Olave had three children together.

He and Peter Twinn were both officers in the British Army.

Lord Baden-Powell Is A Member Of